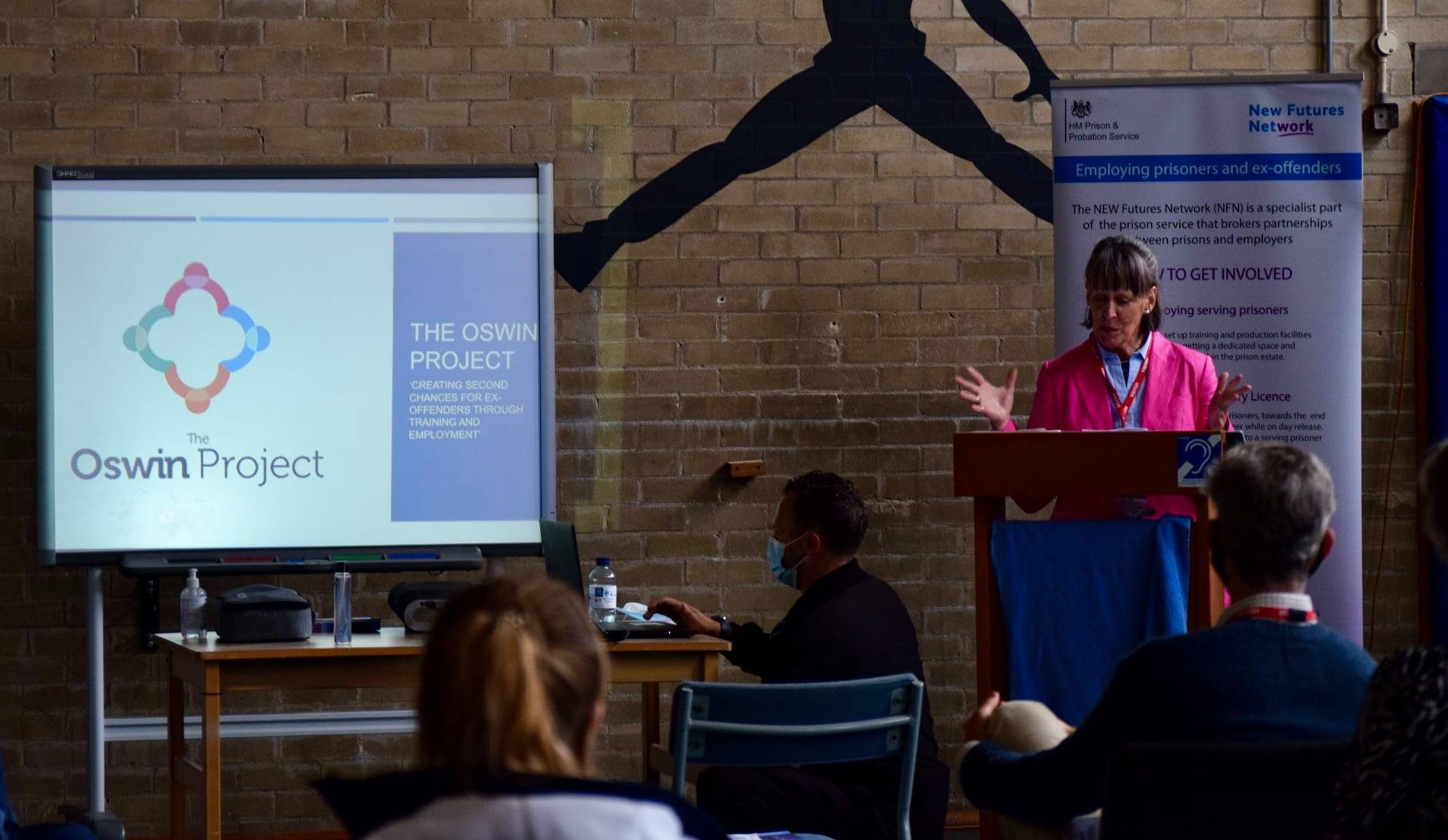 On 28th June the first of what the Oswin Project hopes will be several open days took place in Lincolnshire. HMP North Sea Camp kindly hosted the event. Its aim was to encourage those involved in land-based activities to employ individuals released on temporary licence from open prisons and ex- offenders.

In our first lock down, apart from the relentless march of the pandemic, there was seemingly only one other news story the lack of pickers for the seasonal harvest. The solution was obvious and the 38 open prisons the Oswin Project wrote to seemed to agree: employ those released on licence and ex-offenders looking for work. The challenge was getting those involved in the industry to buy into the idea. In partnership with the New Futures Network and with the enthusiastic support of HMP North Sea Camp our first open day was planned.

Members from various organisations and landowners were give a tour of the farm and green houses at North Sea Camp, and were further treated to a delicious lunch which included produce grown in the prison and meat from the pigs bred onsite at the prison.

The guests were then ‘encouraged’ to sign up to employ men from North Sea Camp. It was pointed out that high street names such as Timpsons, Greggs and Halfords benefit every day by recruiting ex-offenders. Giving somebody a second chance instils loyalty and commitment. When it is hard to find work is usually valued more.

Letter from the Queen

Our Grateful thanks to Tim Willbond OBE